The Indian Premier League or IPL has without a doubt become one of India’s largest cricket festivals, bringing people of all ages, religions, and castes together. When the IPL first began in 2008, the total cost of eight franchises was Rs 3000 crore. In other IPL news, two new clubs were sold for a total of Rs. 12715 crores. The difference between these 13 years is 17 times the value of start. Advertising on TV during the IPL has practically become the Holy Grail for most consumer companies, with a prime-time window and 400MM+ viewers. According to the Hotstar India Watch Report 2019, a reach of 260M+ and the ability to experiment with various ad formats to boost interaction have enticed marketers from all industries to take advantage of advertising on Disney + Hotstar as well. AdEx was over Rs 1200 crore in 2015 and around Rs 2700 crore in 2020, more than doubling in only 5 years.

However, when one looks at it from a PR and communication point of view, there are several things that one can learn, by understanding what makes IPL so successful, including lessons in strong consumer engagement, brand loyalty, seasonality, and high brand valuation. These are some essential brand concepts that have led to IPL becoming the catalyst in delivering a fundamental paradigm shift to cricket – by liberating cricket from national identities to evolve into this current form that celebrates the best in international cricket talent while remaining hyper-local! IPL has done to cricket what capitalism has done to companies by abolishing boundaries, establishing regional teams, and bringing in international cricketers!

From 2008 to 2022, the IPL has become one of the most successful Intellectual Property (IP) in the country, despite the fact that it was not a concept that existed in cricket as it was in other sports and other countries, but it was ingrained in India and has now become one of the world’s dominant leagues as well as an internationally acclaimed cricket festival.

Tips for PR that can be learnt from IPL:

Localisation is key to genuine connect:

As IPL has become a popular worldwide game played between regional teams from India, marketers can try to connect internationally by being linked locally. Any brand that wants to be successful should take a global reach with a localised connection strategy. PR should strive to reach a worldwide audience while yet being localised; this will offer them an advantage and help them flourish.

Every year, the IPL takes place at a specific period, much like a season. People eagerly await it and love to see their team play, which helps the IPL develop a strong viewpoint in the minds of the viewers. Timing is key in PR since it contributes to the creation of a compelling narrative. You want your tale to fit into the larger picture of what is going on at the moment. Your approach should be consistent, and the audience should understand when to accept an interaction.

What makes IPl so successful is because it partners with globally recognised businesses. Brands work with IPL to market it because it provides them what they want; PR is all about developing connections and communicating, and you can make that effort simpler by enlisting the help of experts. A brand should aim to cooperate worldwide in order to connect with and engage customers for greater outreach and profitability.

IPL is a one-of-a-kind intellectual property introduced by the BCCI in 2008, and it has now established a legacy that will last forever and continue to interest all audiences. As IPL has built a connection with the audience, and this relationship is expanding year after year. A brand should aim to make a connection with the public in order to leave a legacy. PR should allow a company to keep its brand reputation and build a brand that will last for a long time.

Lastly, to sum it all up, nurturing a sportsman-like competitive spirit while creating a wider, more enriched category to create a dynamic marketplace, is the key that will eventually drive business growth. And just like IPL, this can be achieved by remaining spontaneous and yet consistent in approach, building a strong narrative that can eventually emerge into a reliable brand positioning.

Why should you choose Performance based Digital marketing for your… 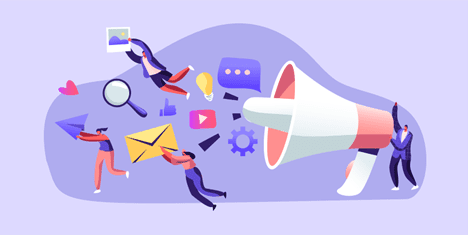 According to The Internet Encyclopedia of Philosophy: “The field of ethics, also…