The Present Scenario of Crisis Communication

Public relations experts who specialise in crisis communication can transform the perception of the brand that is experiencing a crisis. Perhaps as a consequence of overcoming the toughest obstacles, completing tasks in a short amount of time, or simply from the adrenaline these events produce. In the last few decades, crisis communication has changed drastically, especially with the rise of new media and digital technology. With the advent of new media and the ability for anybody to post anything critical of an organization, the term “crisis” has evolved much beyond its original meaning. A crisis can occur in any number of ways that weren’t even anticipated beforehand, whether it be through complaints from customers, or any counter-narrative tactics employed by a rival business. Any organization won’t be able to issue a press release in this instance owing to the wide range of crisis situations that might occur in the modern world. Therefore, in this situation, employing the same communication channel might really help any business connect with the same audience, who may have already encountered the material triggering the issue.

Strategic communication management is essential in dynamic crisis management. Personal touch and empathy are crucial roles in crisis communication when the company employs communication methods rather than merely a press release. Previously, corporations would keep a drafted press release ready for circumstances such as an accident during working hours or a potential financial problem. This was utilised to assist them ensure that this news release could be widely distributed if any such events arose in the near future. Press releases alone are no longer effective for crisis communication due to the significant changes that have occurred throughout time. The preference for the medium of communication among the audience has changed, the lifestyle of the audience has changed, and so has the nature of strategic communication, but what has remained the same is the emotion. Hence, it is through personal touch and empathy that a crisis situation can be better handled, and this should be reflected in crisis communication.

We understand that the digital revolution has resulted in significant changes. So, let’s examine what holds true for crisis communication in a digital environment:

In this age of ubiquitous connectivity and constant presence, the fragility of the reputation has never been greater. A business or a person may fall from their highs to their lows in less than 15 minutes. The crisis can strike at any time, and in these days of rapid information flow, it spreads through social media, web portals, and forums more quickly than ever before. The first 12 hours on social media, in particular, are important for the communicators to grab control of the situation. Those who don’t act quickly enough lose control and are unable to resolve the problem.

Anyone with a phone may pose as a journalist, inform the public of the situation, and boast about having access to breaking news. Since they are constantly seeking out fresh and exciting stories to write, several smaller blogs and online newspapers also have a big impact. As a result, the time between the onset of the crisis and the initial response of people who are directly affected has become shorter. If a brand doesn’t give its side of the story right away, conjecture, rumours, malicious intent, or even a rival taking advantage of the situation will swiftly fill the void.

Regardless of how difficult the subject is, anybody can become an expert and a public commentator on current events overnight thanks to forums and social networks, particularly Facebook, YouTube, Instagram, and Twitter. Along with facilitating the quick spread of information, the aforementioned platforms also give users the ability to voice and share their opinions about emerging crises with other users – typically even before any parties directly involved respond.

The way traditional media is broadcasting the situation

A public figure or brand might be seriously threatened by a tweet or post since it’s extremely possible that the traditional media would turn a single tweet or post into a multi-day story. With the assistance of modern technology, the media is able to effectively use print copies of Facebook and Twitter postings and comments, e-mail conversations, etc. to move the problem out of the digital sphere quickly and convincingly.

If we are to effectively address the situation, we must understand that while the digital world may be our worst foe in a crisis, it can also be our greatest ally. To begin with, it enables us to track answers in real time and analyse the circumstances, enabling us to revise our response, be more specific, and address the right stakeholders. It is essential to let their stakeholders know how they are handling the matter. Every business has a media ally who can issue press releases if needed. Second, by using email or even recruiting digital influencers, we may immediately explain the problem to the stakeholders on websites or social media, apologise, and spread the word in the precise way we wish. They must publish a video related to the issue that outlines their side of the story in order for people to understand all sides of the story, and you can then try to make the video go viral. With a well-planned and swiftly implemented crisis communication strategy, we may, in the digital age, not only keep existing patrons or supporters, but also win new ones. 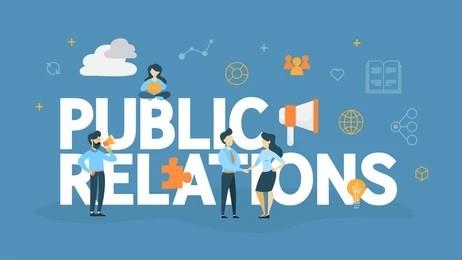 How can brands utilise PR to attract the best of…

Top upcoming trends in Marketing that brands need to leverage…

The marketing sector is developing at breakneck pace. The scope of what…